Martin Scorsese directs the story of New York stockbroker Jordan Belfort. From the American dream to corporate greed, Belfort goes from penny stocks and righteousness to IPOs and a life of corruption in the late 80s. Excess success and affluence in his early twenties as founder of the brokerage firm Stratton Oakmont warranted Belfort the title “The Wolf of Wall Street.”

Based on the true story of Jordan Belfort, from his rise to a wealthy stockbroker living the high life to his fall involving crime, corruption and the federal government. 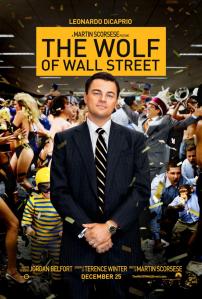 A pure Scorsese movie style served by an amazing Leonardo Di Caprio, excellent dialogues, perfect direction, and a funny but thrilling story. One of his best movies, which is reminiscent and takes the best from The Bonfire of the Vanities, Wall Street, Catch me if you can, as well as Fear and Loathing in Las Vegas.

As always, the soundtrack is terrific. I must admit I had a blast watching it and I laughed about 40 times which is unusual to me. Force is to strongly recommend this movie.

A doctor (Jon Hamm) recalls his time at a small Russian village in 1917 and interacts with his younger self (Daniel Radcliffe) in this black comedy series based on short stories by Mikhail Bulgakov.

For reasons that are never explained, the young doctor (who remains unnamed) — the most promising graduate of Moscow’s top medical school — has been sent to a remote hospital “in the back of the back of beyond.” There, he encounters a skeptical staff and peasants who are convinced that everything can be healed by the right kind of drops (or maybe a gargle, in a pinch). Everywhere he turns, he is confronted with portraits of the ferociously bearded Leopold Leopoldovich, his predecessor, and he is continually reminded that he doesn’t seem up to the job by a staff who worshipped Leopoldovich. 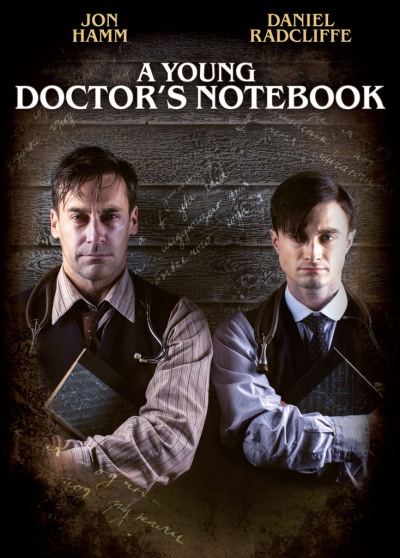 This tale of the unsentimental education of a newly minted doctor is sort of a black comedy, but it’s also a farce, a period piece, a melancholy Russian tragedy and a meditation on despair and addiction.

This Comedy-Drama series is brilliantly directed and served by two excellent actors, the only weakness is the short duration and  number of episodes (2 seasons of 4 episodes). 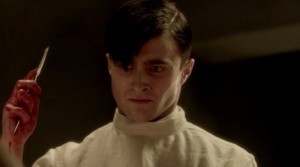 The writing, directing, and producing team of Joel Coen and Ethan Coen created this picaresque comedy (inspired in part by Homer’s The Odyssey) set in the Deep South during the Depression. Suave and fancy-talking Everett Ulysses McGill (George Clooney), dim-witted Delmar (Tim Blake Nelson), and easily-excitable Pete (John Turturro) are serving time together on a prison chain gang. Everett knows where $1.2 million is hidden that’s theirs for the taking, and the three manage to escape.

This movie will let you with no sorrow… 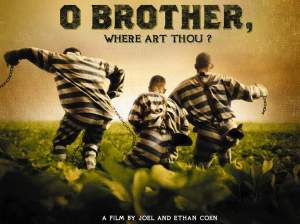 – “Georgia on my mind” by Ray Charles 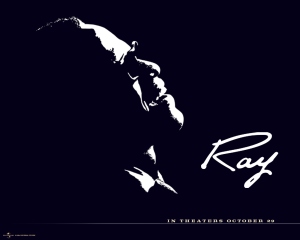 Directed by Taylor Hackford, this biopic profiles the life of legendary musician Ray Charles. Despite humble beginnings and the loss of his eyesight due to glaucoma at the age of six, Charles, depicted by Jamie Foxx, would nonetheless become an icon in both the music industry and the civil rights era. While the film delves into his problems with drugs and women, the bulk of the story details his career. 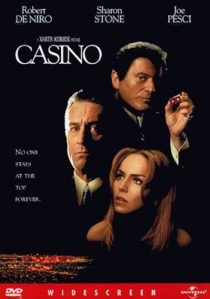 Casino is a 1995 american crime-drama directed by Martin Scorsese. It is based on the non-fiction book of the same name by Nicholas Pileggi. They previously collaborated on the 1990 hit film Goodfellas.

De Niro stars as Sam “Ace” Rothstein, a Jewish-American top gambling handicapper who is called by the Mafia to oversee the day-to-day operations at the fictional Tangiers casino in Las Vegas. The story is based on Frank Rosenthal, who ran the Stardust, Fremont and the Hacienda casinos in Las Vegas for the Chicago Outfit from the 1970s until the early 1980s. 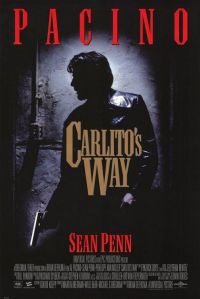 Ten years after the memorable Scarface, Brian de Palma and Al Pacino met again for this Thriller movie Carlito’s Way (1994). Carlito’s Way is a tale of a former hood trying to escape his former life. Al Pacino is Carlito Brigante, a high-level Puerto Rican drug dealer sprung from a three-decade jail sentence after only five years, thanks to a technicality and his sleazy, cocaine-addled lawyer, Dave Kleinfeld (Sean Penn). Carlito renounces his previous ways and takes a job as the manager of a club that Kleinfeld has invested in, planning to save enough money so that he can eventually move to the Caribbean. 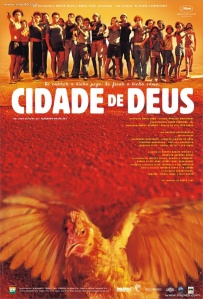 Fernando Meirelles’ City of God is a sweeping tale of how crime affects the poor population of Rio de Janeiro. Though the narrative skips around in time, the main focus is on Cabeleira who formed a gang called the Tender Trio. He and his best friend, Bené (Phelipe Haagensen), become crime lords over the course of a decade. When Bené is killed before he can retire, Lil’ Zé attempts to take out his arch enemy, Sandro Cenoura (Matheus Nachtergaele).

– “If loving you is a Crime” by Lee Moses

Lee Moses (13 March 1941 – 1997) was an American R&B and soul singer and guitarist, whose recordings in the late 1960s, and his 1971 LP Time and Place, are highly regarded by fans of the deep soul genre. He had some intonations closed to Otis Redding’s voice added to a real funk rhythm and tremendous energy. This song deserved a better movie.

That was one of the best soul voice ever in my opinion. 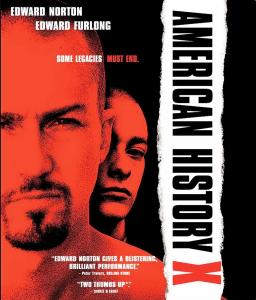 A former neo-nazi skinhead tries to prevent his younger brother from going down the same wrong path that he did.

Tony Kaye made his feature directorial debut with this dramatic exploration into the roots of race hatred in America. In a shocking opening scene, teen Danny Vinyard (Edward Furlong) races to tell his older brother, neo-nazi Derek (Edward Norton), about the young blacks breaking into his car in front of the house, whereupon Derek gets his gun and with no forethought shoots the youths in their tracks. Tried and convicted, Derek is sent away for three years in prison, where he acquires a different

– “The Passenger” by Iggy Pop

from TRAINSPOTTING directed by Danny Boyle 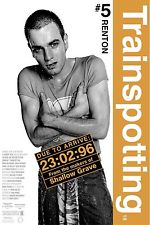 Trainspotting the 1996 Danny Boyle’s drama takes you in the life of those who have ventured into the darker corners of addiction know that one of its few consolations, once the fun has worn off, is the camaraderie with fellow practitioners. Substance abuse sets the user apart from the daily lives of ordinary people. No matter how well the addict may seem to be functioning, there is always the secret agenda, the knowledge that the drug of choice is more important than the mundane business at hand, such as friends, family, jobs, play and sex.